Home > News > Why Do Towels Appear Damaged and Gray

Why Do Towels Appear Damaged and Gray

After the towel is used for a period of time, it will appear damaged and gray, so what is the reason for the towel produced by microfiber printed ice cool towel manufacturer discoloration and damage? The editor analyzes this problem for everyone from chemistry and physics, let’s take a look:

1. The chemical analysis of towels

(1) Towel washing water requirements: PH value 6.5-7; total hardness no more than 50ppm; iron no more than 0.1mg/L; manganese no more than 0.05mg/L. Calcium and magnesium in hard water have a positive charge during washing, forming Calcium-magnesium soap, which deposits on the fabric to make the white plants gray, lose luster, change color, and seriously cause the fibers to become brittle, break, and have low fastness.

(2) The towel was washed with water and was unclear, resulting in chemicals remaining in the China microfiber ice cool towel factory fibers. Basic chemical residues. Although alkaline chemicals are safe for cotton fibers during the washing process and will not damage the fibers of the towels, unclear water will cause alkaline detergents to remain in the fibers of the towels. Hardens and the softness decreases. As we all know, towels are completely different from table cloths and bedsheets. Table cloths and bed sheets are used under static conditions, while towels are used under dynamic conditions. Frequent rubbing and twisting require towels to be soft. Any hard towel caused by the cause may reduce the fastness of the towel.

(3) The residue of chlorine bleaching agent. The chlorine bleaching agent is one of the strong oxidizing chemicals in washing. Its bleaching function allows the pigment on most cloths to be removed during rinsing, but it will cause some damage to cotton fibers China microfiber ice cool towel supplier. When the dosage is reasonable, the temperature of pH 10.5 is controlled below 70 degrees, which is relatively safe and normal, but when the dosage and temperature are not properly controlled, the formation of chlorine bleaching agent residues is undoubtedly harmful to the fabric. It is best to use oxygen bleaching to lower the damage to plants. 90% of dirty linen does not require oxidation treatment. The laundry room can be washed regularly with Feng ion detergent. It can prolong the service life of towels, reduce linen loss, and save energy consumption.

(4) Neutralizer is the chemical put in the last procedure in the normal washing process. It can neutralize the first few washing procedures and a small amount (≤10ppm) of alkaline chemicals and residual chemicals left in the cloth after watering. Chlorine bleach wholesale workout fitness ice-cool towel, and dissolve some metal ions in water. The correct dosage can adjust the PH value of the cloth between 5.5-6.5, which is basically consistent with the PH value of the human body. It is safe. The fabric will still be in the normal life span, but an inappropriate amount of neutralizer is used inappropriately. , Will make the fabric slightly acidic, thereby reducing the fabric fastness. 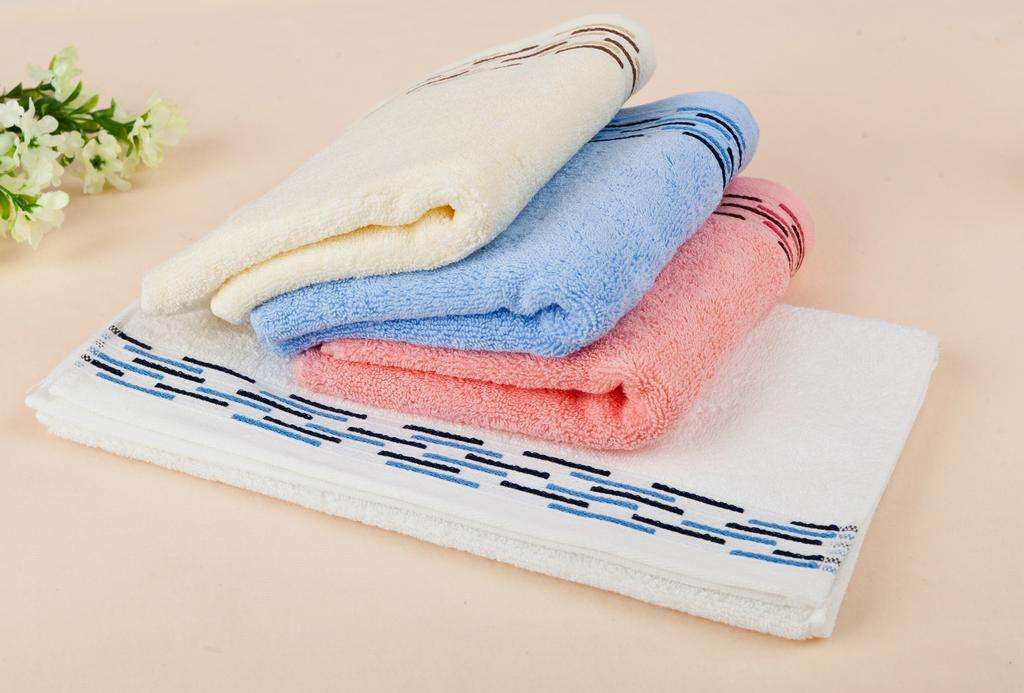 (1) Towels and towels are washed for too long. When the ice-cool towel supplier is washed in the washing machine, most of the time is constantly rubbing up and down, resulting in rubbing and rubbing movement. This movement is an important factor in washing towels. Dirty towels cannot be washed only by being immersed in the washing liquid. This movement not only plays the role of washing the towels but also wears the fibers, which reduces the fastness of the towels, so a reasonable washing time is very necessary. It can reduce unnecessary wear and tear, thus ensuring the normal washing life of towels.

(2) The speed of high dehydration during dehydration is too high (the high dehydration speed of some automatic elution machines is too fast, and the speed of the dehydration machine is too high). Excessive centrifugal force loosens the cotton fibers of the multicolor printing bamboo hooded towel supplier, just as we use excessive force when wringing the towel by hand, loosening the woven structure, which causes looseness and damage to the central part of the whole of the towel, and normal damage starts from the edge.

(3) The temperature does not exceed 80 degrees during drying, and 80% of the dry and cold air is reduced to 40 degrees. Some dryers are damaged by the cold wind, which can cause excessive drying of multicolor printing bamboo hooded towels in stock. Because the moisture strength of cotton fibers is higher than the dry strength, over-drying will cause the towel fastness to decrease. If the towel is overheated, the fibers will become brittle and the strength of the towel will decrease significantly.