Absorbent towels are widely used in various industries such as a personal bathroom, utensil scrubbing, and beauty. Especially allergic patients or people who are allergic to chemical agents will like microfiber cleaning towels very much. Because they do not need to use any chemicals when wiping. Microfiber cleaning towels can be used repeatedly and are very durable. After each use, just put the cleansing towel in clean water and wash it again. Diving athletes prefer to use absorbent towels, which are very absorbent and can quickly absorb water from the divers. It also works well for dry hair and shampoo.

Absorbent towels When cleaning furniture, home appliances, kitchenware, floors, and clothing, use wet towels because dry towels are not easy to clean after being soiled. Absorbent towels are towels that cannot be ironed. They cannot touch hot water above 60 degrees. Do not wash in the washing machine together with other clothes (towels are too strong, and if they are washed together, they will stick to a lot of lint and dirt). Do not use bleach and softener to wash towels and other products. 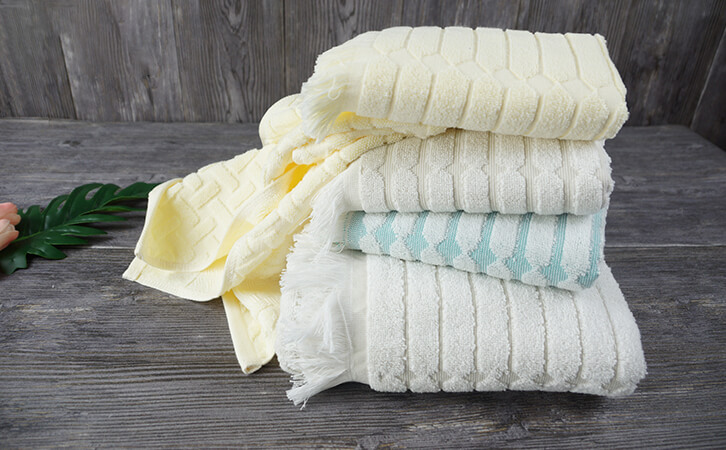 The more absorbent the towel, the better?

Absorbent towels are better, and many consumers believe that softer towels are more absorbent. Regarding this point of view, what do you think of Shenzhen Color, a professional towel manufacturer?

Most ordinary consumers think that when choosing towels, they feel good and that the softer towels have better water absorption, but they are not. When many towel manufacturers produce towels, they use a synthetic process of cotton thread and fiber thread, usually viscose, so that the towel feels softer, but it seriously affects the water absorption. Secondly, towels that are too soft have a slippery feel, so the towel naturally does not absorb water because of the addition of a lot of softeners.

A good towel should be moderately soft and hard. The soft feel is cotton-like, not slippery. It has elasticity and friction when used. It will give people a soft and close-to-face feeling. The towel should not be dry and hard. So as not to harm the skin, but it does not mean that the softer towel is a good towel.