The short film “Houlang” recently launched by the B station in conjunction with major platforms has been swept directly. Not only has the number of broadcasts directly exceeded 10 million but also the market value of the B station has increased by 5%, which can be called a phenomenon level.

Because of the explosion of “Houlang”, many industries have begun to compare Qianlang with Houlang.

Now, is our digital printing technology as a back wave technology that can surpass the front wave, or is it like some people say that “a generation is worse than a generation”?

In addition, traditional printing has restrictions on the color and pattern, so if it is a pattern with more colors, it will not be able to print the required color, and the minimum order quantity of traditional printing is relatively large. It is not suitable for complicated design or small orders. 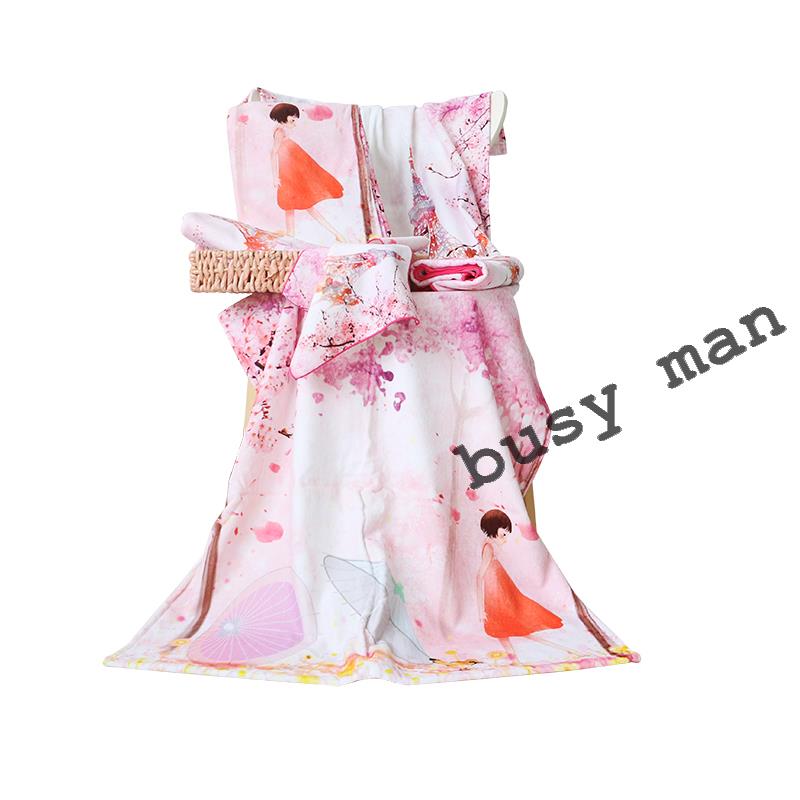 Besides, Different from traditional printing, the production of digital printing is not limited by color registration and pattern, so it is more in line with the concept of customized production.
Moreover, the current consumer philosophy is generally fast fashion, so in fact, in many cases, the number of orders is not very large, and the minimum order quantity of traditional printing is relatively high, and general orders are actually not suitable soft microfiber wrapped children bathrobe bath towel dress. Digital printing is easy to customize and time is relatively fast, so there is no limit on the order quantity.

The development of digital printing in the past few years can be said to be extremely rapid. The printing field is in full swing, and the market share is also increasing. It should only be a matter of time before the digital printing as the “post wave” catches up with the older brother’s traditional printing.